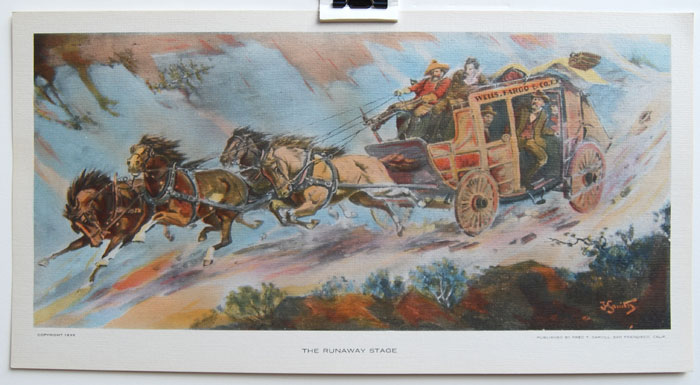 The twinkle lights will soon be strung, and the greenery with red bows will be hung, it’s beginning to look a lot like Christmas, and the lectionary serves us up . . . Apocalypse.

“signs in the sun, the moon, and the stars, and on the earth distress among nations confused by the roaring of the sea and the waves. People will faint from fear and foreboding of what is coming upon the world, for the powers of the heavens will be shaken.”

What’s up with that?

To most twenty-first century residents of the industrialized world, apocalyptic imagery just sounds weird. Whether from Revelation or Daniel or from this little apocalypse in Luke, the words just sound creepy and strange. Their misuse as texts of terror in the hands of charlatans and theological terrorists who want to frighten their followers into submission simply adds to the sense that these passages serve only the delusional among us.

What we find, however, among Christian communities who live under the threat or reality of violence and sudden death is that these apocalyptic passages are not texts of terror but of hope.

For Christian communities historically in South Africa under apartheid or today under ISIS rule in Iraq or Syria, the end of the world in a violent conflagration does not seem to be the stuff of an over-active imagination; rather, it seemed or seems the most likely outcome. The only question is when, and nobody knows the day or time.

So, in hauling back on the reins of the runaway Christmas stagecoach, the church hopes to slow us down just long enough that we can listen. We don’t have to listen long to the news to hear the voices of our brothers and sisters living in an apocalyptic nightmare.

We may even hear the voices of doom in our own lives.

Beneath all the noise of the secular Christmas machine, the Bible calls out this word with a still small voice: hope.

The event we are preparing to celebrate is more than the birth of a very special baby to a poor Jewish couple in a stable in Bethlehem. The event we celebrate is incarnation. It is God becoming human flesh.

Here we have scripture written by people who can see the end of the world as they know it from where they stand; and still, they see reason to remain faithful and hopeful.

Hello, Friends. I’m back, after a long hiatus from blogging. I’ve been working on a few life goals away from the computer this year, but now I’m settled back in to our home in Sherman, Texas and serving a church part-time in nearby Whitesboro. Beginning today, I’ll be blogging about once a week with a post each Wednesday evening. With the recent attacks in Paris and Beirut, and with the refugee crisis intensifying, I have been thinking a lot about emotional reactivity and its relationship to the practice of faith.

Nature provides us with a part of our brain that reacts instantly to a perceived threat with an instinct to fight, flee, or freeze. That part of our brain has been provided to save us when there is no time for reasonable thought or moral judgment. A striking snake, for instance, will trigger a reaction in us that will be faster than our higher brain could possibly handle. We do not observe the snake and say to ourselves, “Hmm, that snake is in a striking posture. It has the triangular head typical of many poisonous snakes. Let me look closer and see if it also has the elliptical pupils of a venomous snake or the round pupils of a non-poisonous snake. Ahh, it does have all the marks of a venomous snake. I think I will move out of its way.”

By that time, of course, we would have a viper hanging from our nose.

Refugees, however, are not snakes. The reactivity that serves us so well when we do not have time to think or make moral judgment can derail our attempt to be faithful followers of Jesus. My own denomination, the Presbyterian Church, U.S.A., along with most major Christian denominations, has been active in refugee resettlement since our nation began, but especially in the aftermath of the World Wars and the devastating wars and genocide in Vietnam and Cambodia. The biblical mandate to care for the refugee carries with it challenges that the reactive part of our brain cannot handle. It requires reason and love to be the one out of step with a fearful and reactive society; to be the Samaritan who stops to help the Jew, the Egyptian who welcomes the fleeing Joseph, Mary, and Jesus, the rebellious daughter of the pharaoh who pulls Moses out of the river and raises him as her own.

In times such as these, the verse from Hebrews 13:2 printed on the banner that hangs in the front of our sanctuary calls us to a deeper love and faithfulness, a love and faith that conquers all fear: Remember to welcome strangers, for by doing so some people have entertained angels without knowing it. 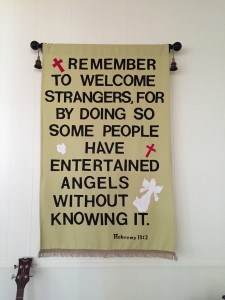